05 Mikel R. Nieto: Everything that needs to be there is here and nothing more (or 39 recordings all together starting from the beginning)

oud Listening is a format created by Alessio Ballerini, Enrico Coniglio and Attilio Novellino, members of theArchivio Italiano Paesaggi Sonori, an association founded to promote the culture of soundscapes.

Loud Listening is a sonic exploration experiment that intends to investigate the soundscapes of Italian industrial areas. This starts from a reflection on the current global economic crisis and on the future of the production areas of the peninsula, largely destined to abandonment or conversion.

Despite the downturn, many companies are still operating, and the soundscape of the Italian production areas is still distinguished by the acoustic characteristics typical of primary and secondary manufacturing. Whether this peculiarity is being lost or not is an open question and Loud Listening seeks to seek for a response.

By collecting field recordings made in industrial areas located in four different cities of the peninsula, the first step of Loud Listening draws the first sections of a sound map of the Italian industrial production, which is geographically documented.

Loud Listening has been released in Crónica in 2012.

If the first edition of Loud Listening includes field recordings from different Italian sites, the second edition focus on a particular production district: the island of Murano in Venice and its unique glass production.

In January 2014 the artistic residence “Loud ~ Listening Through the Sound of Murano Glass”, was held, a project made possible thanks to the Consortium Promovetro Murano with the support of the Chamber of Commerce of Venice. This project allowed the development of a sound mapping of glass production, with particular attention to sounds related to traditional activities both by companies that operate in the handcrafts sector and by those working in the industry. During the residence the sound artists were engaged in the audio recording of the sounds during glass production in some of the most important furnaces in Murano. The entire residence has also been documented with audio and video recordings for the construction of a documentary film.

Ballerini, Coniglio and Novellino spent a considerable time in the island and were engaged in audio and video recording of the glass production of some major companies that have agreed to cooperate in the initiative, opening access to the places of production. The sounds of glass production were recorded in all the stages of the production cycle, making it possible to create a sound library of Murano production: from the classic furnace to lampworking, from the mirror to the grinding of the product in secondary processing.

Loud Listening Murano compiles twelve reinterpretations and remixes, from Ballerini, Coniglio and Novellino, and from a host of musicians and sound artists to whom the original recordings were sent. 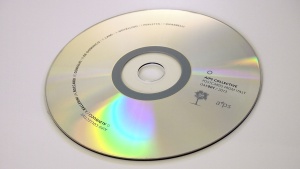 Taking their cue from Gianmarco Del Re’s column on Fluid Radio, which profiles the most interesting sound artists and musicians currently operating within the Italian electroacoustic scene, Giulio Aldinucci and Attilio Novellino translated the Postcard from Italy project into an album and a live event. Each of the nine contributing artists made a field recording in and around his or her local area, which was then given to another artist in the project to make a piece from; the title of each piece is simply a set of GPS. 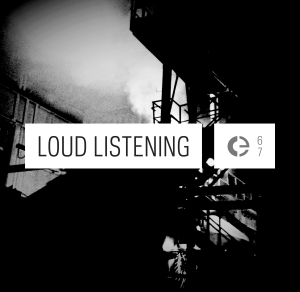 07 Our Love Will Destroy The World: Billowing Blackening Bliss

12 Lawrence English: A Ballad For The Machine

Four Italian soundscape artists worked in four ailing Italian industrial sites. Their work aimed to capture the strength of industrial noises, providing
a “loud experience” of mechanical hums, natural drones, metal squeaks, waves of steam and the sounds of raw materials, simultaneously proposing to reflect over the meaning and the high social value of industries and workers in a country where they are often overlooked.

Their work was distributed to a host of musicians and sound artists that, looking from afar to Italian industry, but perhaps feeling much of the effects of the crisis that is affecting it, reinterpreted the original sources and provided the ten reinterpretations that complete this release. 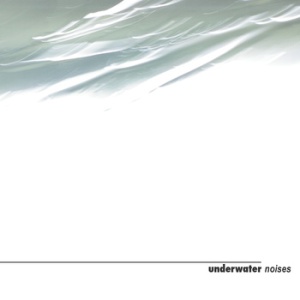 Ephre imprint presents a strictly limited edition compilation of all italian sound artists curated by Attilio Novellino and Enrico Coniglio. Each artist was prompted to submit a track inspired somehow by the notion of water, according to their individual angle. the upshot is a multilayered work, giving voice to the umpteen facets of a theme which has always inspired a particularly deep and serious attraction for musicians working in the drone/ambient scene. Field recordings, glitched digressions, electroacoustic idylls, dreamy soundscapes, abysmal notes, dilated, diluted, purified, desecrated water..